There were three things that suggested that this experience would not quite be what I expected:

My expectations? To learn all the tools of the Agile model in order to execute them with proficiency at Heartwood ALC. To learn all about (more than the starter kit already tells) legal structures, governance practices, parent-facilitator relationships, marketing strategies, facilitation strategies, fundraising ideas, and some tested & approved games and activities.

I very much approached this experience like any other conference or employee training I’ve attended with workshops, keynote speakers, breakout sessions, panel discussions, and networking lunches. That was a mistake! And to be clear, it’s not that I didn’t get what I wanted, it just didn’t come in the form I was expecting. It also came with a load of other stuff I wasn’t anticipating.

On the first day I walked into a mad flurry of people buzzing about. I arrived to partake in breakfast but the room was so loud and crowded with unfamiliars that I couldn’t bear it. I’d have to go hungry until lunch. I sat waiting in the big meeting room where it was somewhat more quiet.

Eventually everyone moved into the room I was waiting in and the day’s events got underway. At center stage was this loud, smiling man with a manic energy pulsating off of him. I found it incredibly offensive in a disrupting my own sanity kind of way. He, along with some other experienced ALFs, facilitated many of the first few days activities. A lot of it was games and activities to get people to feel looser, present, and to initiate community connectivity. They were also things we could do with our own kids back at our own schools.

Unfortunately some of it was way pass excessive for me. There was so much emotional sharing and processing. So much “stare into their heart” and “clear out your chakra” hippie-dippie nonsense that my eyes couldn’t roll hard enough. The “let’s all connect and be intimate friends” activities were all so forced in the first few days that I couldn’t help but to dissociate. Luckily I thought to take in-the-moment notes on my phone that I would share daily with my co-facilitator who couldn’t attend the Charlotte training.

While I suffered annoying kumbaya moments I was picking up on some really great games and was seeing facilitation and Agile tools in action.

I really dislike yoga. Tried a class at the Y once, it was horrible. I also dislike large group meditation; I prefer to do it on my own. It’s hard to relax and get centered when someone keeps talking in their version of a calm & soothing voice.

At times there seemed to be a lack of good, clear leadership. Pair that with the lack of itinerary and I found it to be really upsetting. I’m not very familiar and much less comfortable with “we’re all equal players” environments. I didn’t always know what the instructions or operating procedures were.

There was one day that involved moving a large tree branch across the street. That was just horrible. I opted out. Seemed dangerous and unnecessary. Was super chaotic with everyone trying to play quarterback. You can see my affinity for the activity in the picture below.

I’m the guy in the back, the black one. Speaking of which, there were so many white people and they’re all really super white. I am not unaware that this alternative education movement is predominantly Caucasian but intellectual understanding hardly ever adequately readies one for the feelings of that reality.

Someone did a session about adventure playgrounds and the one he started in New York. I was super glad I attended. It was separate from the main session designed for the new people. They talked about the meaning of the Agile… something. There was a similar structure of events the day prior and I wish I attended the session for the experienced ALFs then. Would have saved me from the 2 hour conversation about trust. But adventure playgrounds! I remember reading about them a few years ago and having a dream of starting one someday. They’re awesome and I can’t wait to start several in Atlanta!

The reflection & change-up meetings at the end of the day have been consistently annoying. So much excessive conversation and off topic comments being made. A tangent about where and when an end of day, opt in hugging circle would take place went on entirely too long. It really shouldn’t have ever happened if you ask me.

By Day 3 I had been individually checked on enough to know I wasn’t masking my unease well. My infamous silence was only making my presence louder. Each day I became increasingly fatigued due to the discomfort of the day. So many new people, too much forced socialization, a lot of underwhelming conversation, and a hardcore attempt to maintain composure. Paired with the poor sleep I was getting and it was all pretty stressful.

Still, I was learning a lot about games, facilitation, the tools, and how to embrace Agility. I was running late one morning and so decided to allow myself to be really late simply because I could without negative consequence.

Towards the end of the week I found myself engaged in some really interesting small group conversations with other ALFs and start-up groups about legal structures, coherence holding, and the Atlanta group’s Sudbury-to-ALC transition experience.

Went to a great session presented by the CHs for the younger programs both in Charlotte and in New York. They have some great insights for adapting Agile to young kids that I know my parents of 3 & 5 year old will really appreciate.

My Atlanta gang had a breakthrough conversation with The Tomis and Nancy about some unresolved tensions they were feeling from earlier in the year. Throughout the week Tomis & Art both talked about the ALF as Coherence Holder membrane structure. I was elated that this happened and had been waiting for the collective revelation.

Attended a really eye opening session on Kanban boards that helped me fully understand how deep the Agile flows. I’m learning that it’s important not to get caught up in any of the tools or any iteration thereof. Every tool and process can be modified at any moment based on personal and community needs. Kanban boards facilitate self awareness and other meta life skills that help a person to direct their own learning and development.

I’m really passionate about making sure the resources for acquiring basic literacy and arithmetic are available for my kids whenever they become interested in it. Nancy introduced me to some hands on equations that were a blast. It was puzzling because it made me conceptualize math in a way I didn’t learn but the activity itself was so fun. Math was always one of my strongest subjects and I can’t wait to share that in an exciting way.

The end of the day/week reflection circle on Friday got started with a somber tone and someone started crying. 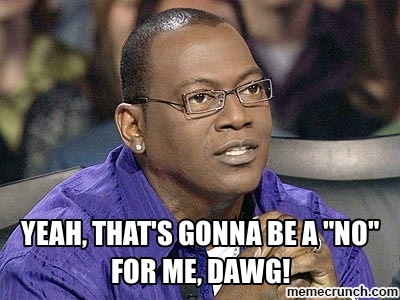 It was a hard pass for me so I decided to take a nap in another room.

Next week is the camp and the kids come. I am both nervous and excited…